The truth about Italians and lines

Living in Italy, I have found that a lot of Italian stereotypes are true.  People wave their arms around a lot, and start shouting at the drop of a hat.  Shouting doesn’t necessarily mean that someone is angry, they are just worked up or excited about something.  There really is as much wine and cheese as you thought…maybe even more.  People commonly cheat on their taxes if they think they can get away with it.  Italian men know how to turn on the charm, and Italian mammas and nonnas will feed you until you explode.  People really do often live with their mamma until the age of 30.  The mafia is real, and politicians give new meaning to the word ‘corrupt’.  Driving is a scary adventure and you never know what the other people on the road will do.  People eat a lot of pizza, and most people I know play the mandolin.

It’s possible that this last one isn’t really that common, and it’s been pointed out to me that the mandolin thing is an anomaly.  But in my little life, there are many mandolins. 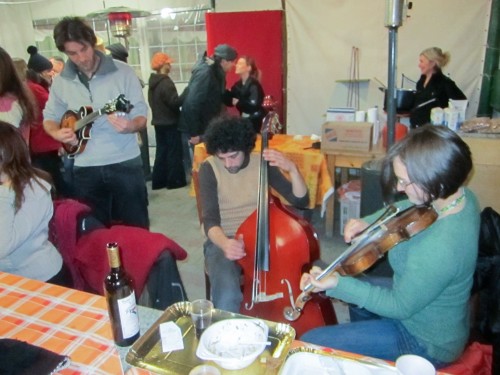 An Italian man with a mandolin is a beautiful thing

However, I often hear that Italians don’t wait in lines.  Or in queues, as the Brits like to call them.  I sometimes  hear British tourists loudly lamenting about how Italians don’t know how to wait in a proper queue, or some nonsense like that. 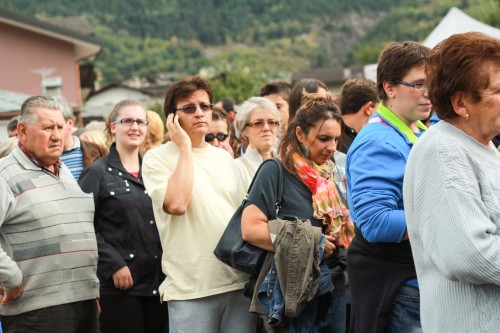 Ok, so Italians don’t wait in line like people in most other countries.  To an observer, it probably looks like barbaric chaos.  It isn’t…. it is an organized chaos.  People here don’t wait in lines in which people are in the proper order. Or even in lines. They have a tendency to clump around wherever they are going (public office, doctor’s office, post office, grocery checkout) and mill about. Yet the people somehow get through, and I’ve yet see a fight break out.  How does this work? Look at all the people in the vicinity and remember who is there. Once all those people have gone through, it is your turn. Alterntively, ask ‘who is the last one?’ and then you only have to track one person.  It actually works really well, and means that you have to pay attention to the world around you instead of keeping your nose in your smartphone.  Sometimes it can even work to your advantage; just this morning I went to buy eggs from the neighborhood grocery and everyone waiting to checkout agreed that I should go first because I had less to buy than them.    I think this is very civilized, and other countries should take note!

About a year ago I was at a dance event in Como, and I went up to the bar for a drink.  There was a big mess of people around, like usual, so I took note of the people there and knew when my turn would be.  I felt a tap on my shoulder, and I turned around.  A British girl put her hands and her hips and firmly told me that didn’t I know that there was  QUEUE and that I absolutely MUST wait my turn behind her since she got there first.  I wish I would have set her straight, but I don’t know that she could have handled the truth about Italians and queues.

A Vending Machine Tour of Valle d'Aosta
The Désarpa, AKA Cows with Flower Towers
Glaciers and Druids and Fiddles, oh my!

← Autumn Harvest in the Alps
Ramp Risotto ~ Alpine to Appalachian →

3 Responses to The truth about Italians and lines