Autumn Harvest in the Alps

The seasons are changing. 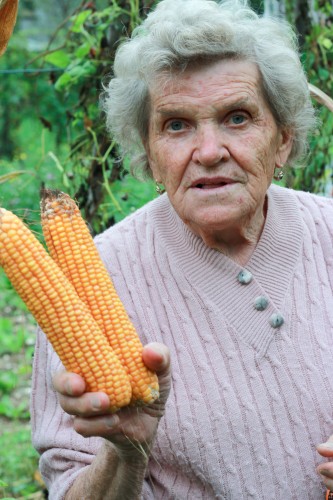 Nonna Aurora, a distant relative of my husband, gathering corn for polenta

My garden is preparing itself for a long winter’s sleep, fresh snow has dusted the glacier capped Alps, and the cows have returned from the mountaintop pastures.  Also, it is really cold.  I realized the other day that I wear a winter coat eight months out of the year. Eight. Months.  While an Alpine winter isn’t nearly as snowy as I imagined before moving here, it certainly is much longer than I envisioned.

Today I picked the last of my waning tomatoes and borlotti beans.  I plan on pretending that it is still summer when I make the ‘summer’ version of pasta e fagioli for dinner tonight. 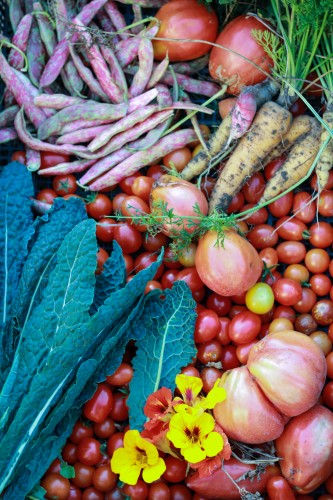 Despite the chill in the air, I am spending a disproportionate amount of time watching the cows from my garden. The adult cows have to stay in the barn most of the time, but their spritely bovine children get to frolic right outside my back door.  Do you have any idea how much teenage cows moo? Let me tell you. A lot.  They never stop.  I have the pleasure of listening to a constant symphony of “MOO, MOO, MOOOOOOO”.  It would be annoying if they weren’t so darned cute. I can’t help but smile at their music. 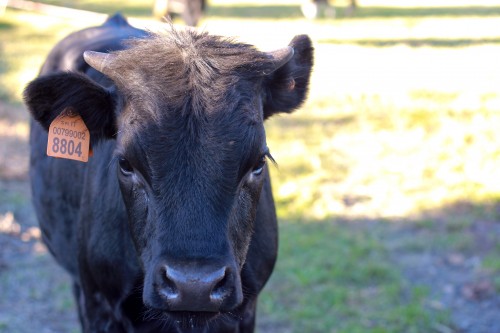 This little bugger escaped and followed me around 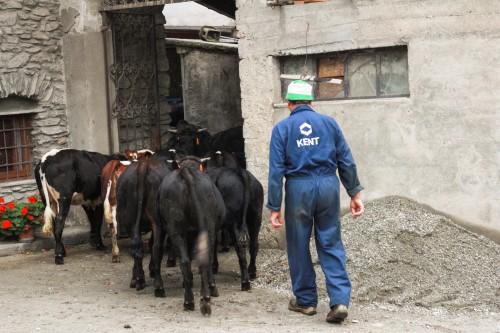 The barn outside of my house

I also get my own private viewing of a teenage cow battle of the queens. The battle of the queens is the favorite local sport, where pregnant cows try to push each other over, much to the amusement of spectators in our local cow battle arena.  No, I’m not joking.  My bovine neighbors are battle cows: short legged, snub nosed cows that are particularly prone to butting heads in a show of dominance. 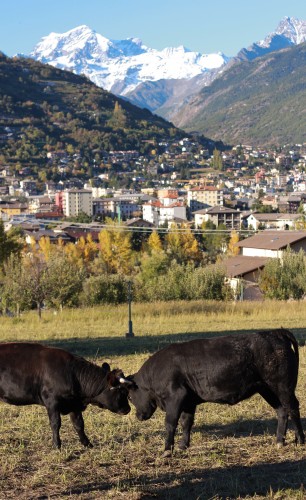 A backyard cow battle with a lovely view

As much fun as it is to gather vegetables while watching teenage cows battle for the title of  ‘Queen of my Backyard’ , I’m already longing for summer again.  As close as I’m going to get is a warm berry pie using red currents, black berries, cherries, and raspberries I picked this summer.  Gluten free, too!  Even when I can see my breath, I feel like I can touch summer with a warm bowl of pasta e fagioli followed by a slice of juicy berry pie. 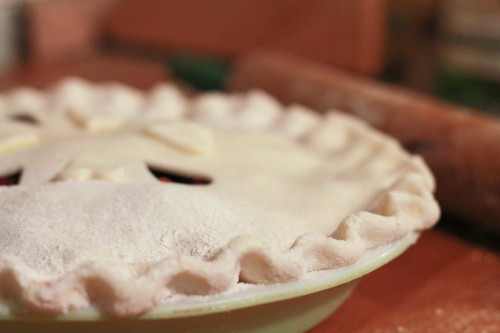 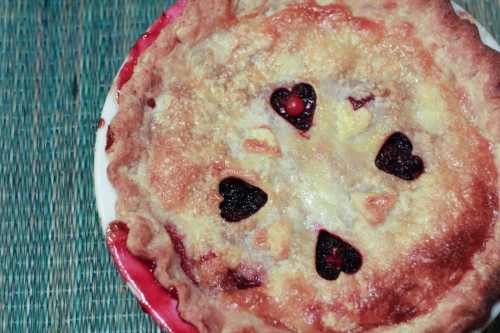 As much as I dislike the many months of cold ahead, I’ve gotta say that an Alpine October is wonderful.  If only I could press ‘pause’ on the season before the sun disappears and the snow starts falling!

Spring in the Alps and a Tasty Springtime Snack!
The Désarpa, AKA Cows with Flower Towers
Black Bread Adventure and Zuppa Valpellinese

← Wear your polenta and eat it too: polenta hat crackers
Ramp Risotto ~ Alpine to Appalachian →