Last Sunday I went to my friendly neighborhood goat battle. 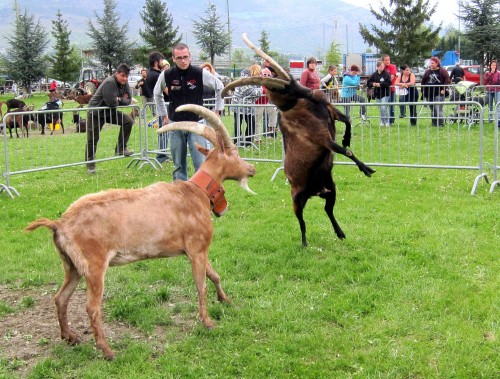 About a kilometer down the road, there is a ‘campo sportivo’, which is a big grassy field with a track around it.  I often go running there, it is fabulous.  It is also the location for occasional festivals, parties, and barnyard battles.  I’ve written about the Battle of the Queens, a popular local sport where pregnant dairy cows butt heads until one of them scampers away, but this is something else.  A freaking  dairy goat battle.  DAIRY GOAT BATTLE!  I’ve heard about them for years, but never actually made it.  Since this was practically in my back yard, I couldn’t really miss it, could I? 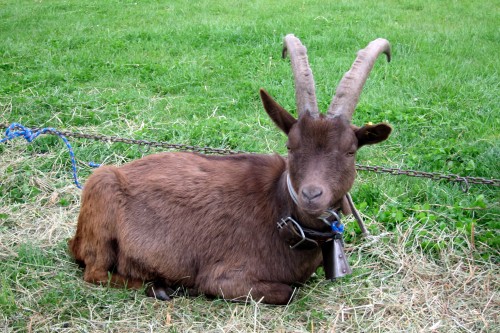 First, don’t worry. The goats don’t hurt each other.  They are merely establishing their pecking order to the amusement of easily entertained humans.

What is a goat battle?  The farmers (or their children) put two small and long horned dairy goats together in a pen.  The goats wander around, pee, eat some grass, and sniff each other.  Sometimes they wander over the their owners or spectators to ask for a nose scratch.  After a long while, one of the goats leaps into the air in a spectacular show of tiny goat-force, and then they lock their long, curly horns together.  Usually they get bored, and wander around looking for food or attention, and then every now and then they lock horns again. 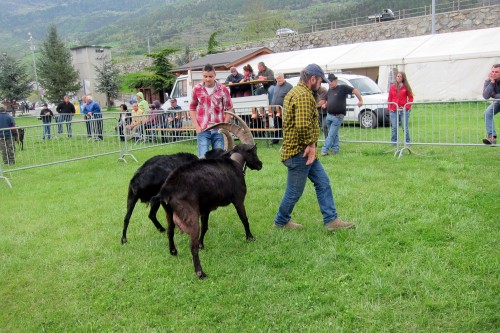 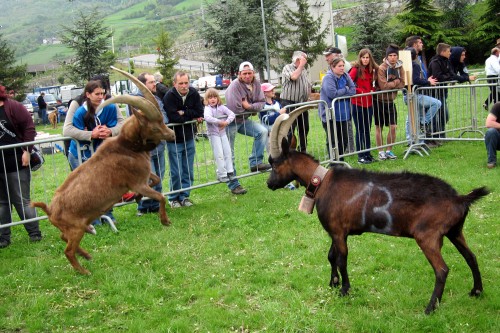 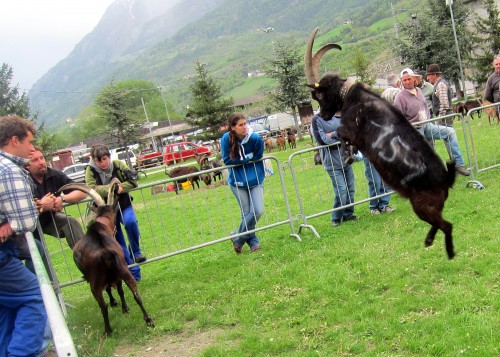 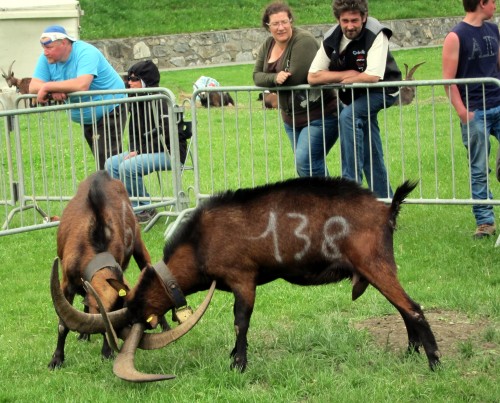 It is really hard to tell which one wins, because the difference between a goat wandering around randomly and forfeiting the fight by wandering off is very subtle.  But the farmers know their goats and somehow they figure it out without butting their human heads together. 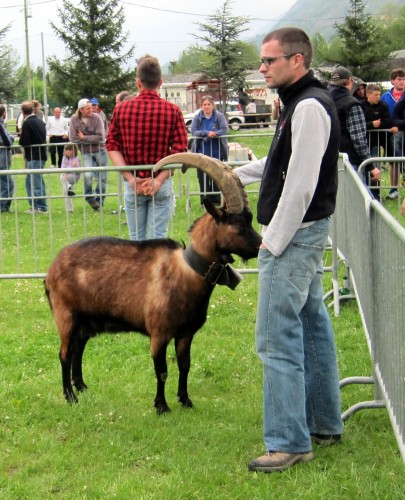 Probably because there are many open bottles of farmer wine laying around. 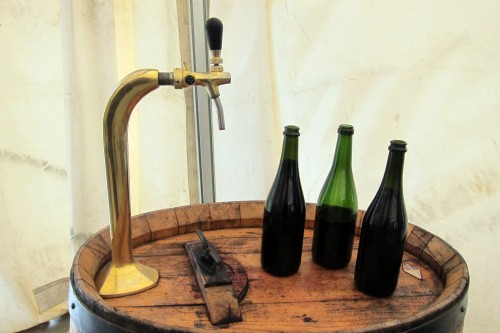 There was one goat that one a battle with her tongue.  And sheer craziness.  She lept into the air wildly every minute or so, stick her tongue out, and proceeded to lick the other goat into submission.  They didn’t lock horns much, but the other goat gave up because she was so annoyed at being licked by this strange and crazy goat.  At least that is my interpretation.  What do you think? 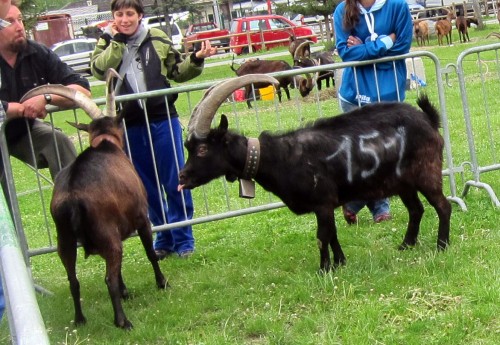 The winning goats got brand new collars with bells!  Now I need to get myself a fighting Alpine dairy goat so that I can get myself one of those beauties. 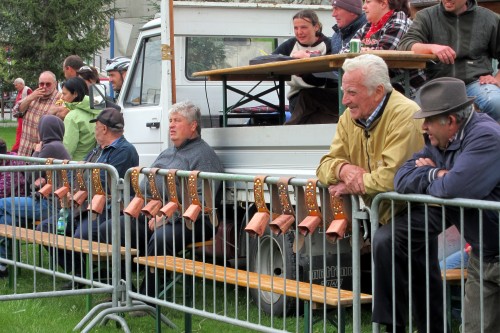